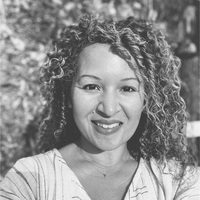 Jenny was brought to IKAR by the grace of God (and Jane Rosen) through her miraculous 3YO Olivia. She met Jane when Olivia was 4 months through The Wright Mommy and Me parenting class. Jane introduced her to IKAR, and they spent a year in the ECC’s Parent & Me class with Beth Weisman, who they adore and started to meet some wonderful IKAR families at Tot Shabbat Services. She served on several committees during her first year at ECC and is the current ECC PAC Co-Chair. She loves being at the ECC, working with the administration and the beautiful teachers and parents.

Jenny has been in Los Angeles since 1997. She moved from Minnesota to pursue a dance scholarship at the Edge Performing Arts Center in Hollywood. Dance has been her passion since she was 4 years old. Working as a dancer/artist in LA, on the other hand, was not for her. After years of studying and performing, she decided to learn about the business side of the business. She was the General Manager of the Edge for 5 years then began working independently consulting for creative businesses and producing large scale experiential events. She is currently running and producing events for various Los Angeles based law associations including the Financial Lawyers Conference and the Los Angeles Bankruptcy Forum.

Being raised by a single mother who has dedicated her life as the Development Director for many non-profits in Minnesota and in retirement continues to serve on several charitable boards, it is in her DNA to walk in her footsteps doing her best to help others and contribute to the greater good.

Jenny is humbled by this opportunity, inspired by IKAR’s mission, by Rabbi Brous, Rabbi Ronit Tsadok (Olivia is obsessed!), the rest of the clergy, the musicians, the children, and the diverse community.