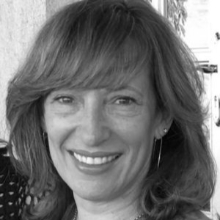 Tzivia fell in love with IKAR and its deep commitment to justice and spirituality during IKAR’s early days, but distance kept them apart. When her family finally agreed to attend IKAR’s High Holy Days services a few years ago, they fell in love with the community and the family became members. Tzivia quickly began to immerse herself in all things IKAR — trekking from Sherman Oaks to attend services regularly, participating in social justice actions and learning opportunities, co-chairing the IKAR membership committee and hosting house parties with Steve for Valley IKARites. An L.A. native, Tzivia is a lawyer with a degree in Jewish Studies from UCLA. She has spent most of her career working in the Jewish community on issues of social justice. Tzivia was the founding Executive Director of Jewish World Watch, the Western States Civil Rights Director for the ADL and the Jewish Community Relations Director at the Jewish Federation of Greater Los Angeles. Tzivia also enjoyed four years working as the community liaison on DreamWorks’ “The Prince of Egypt.” Today Tzivia works in philanthropy with several clients: she is the West Coast Director for the Jewish Funders Network; Sr. Advisor to CANVAS, a Jewish arts and culture funding collaborative; the U.S. Program Director to the Social Venture Fund for Jewish-Arab Equality and Shared Society; and the Executive Director of the Jewish Venture Philanthropy Fund, an L.A.-based giving circle. In her “free” time, Tzivia also serves on the boards of Camp Ramah in California and NewGround – a Muslim-Jewish Partnership for Change, participates in two book clubs and lives for spending time with friends, family and, especially, Steve and their kids, hiking, traveling, going to theater and concerts and enjoying each other’s company.