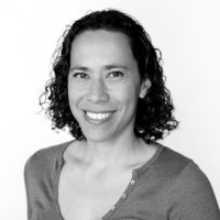 Soon after moving to Los Angeles in 2007, Marissa attended an IKAR picnic and Shabbat service at Roxbury Park. She was welcomed openly and has been a member ever since. She was drawn to IKAR’s focus on social justice work and soon became an active volunteer. She got her BA at the University of North Carolina, Chapel Hill and JD at NYU, and practiced corporate law in NY before moving to LA. She no longer practices, and instead, is a personal trainer and running coach, kinesiology professor at Santa Monica College, and runs her own corporate wellness company, CorporateActive. She is also a former Board Member of the Jewish Multiracial Network and volunteered at an NGO in Kampala, Uganda for six months as part of an American Jewish World Service program. She lives with her husband and her two daughters, and is a proud ECC parent.